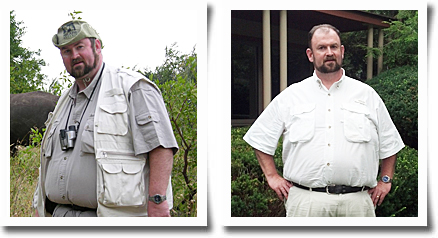 A Journey only Half Begun…but on The Right Track!

I was very pleased and honored when I was asked to submit a “success story” for the website, but I must also admit feeling a little intimidated by having my story posted alongside fellow patients who have now made the transition to maintenance and a new, healthier lifestyle. In rough terms, I am about half way to my eventual goal weight.

By my old way of thinking, I would have fixated on how far I still have to go (i.e. how “short of the mark” I still am). However, as Dr. Scinta, her wonderful staff, and the many other people in my life who support me in this endeavor would say, “think about how far you have come”. Clearly, other people view me as successful, therefore so should I!

When I was first asked to write a post for the website, I wondered why I was being asked, since I have not yet reached my goal weight. Have I been successful? Does my progress to date merit mention alongside other patients who have reached their goals and transitioned to maintenance, several of whom I regard as friends from our weekly group meetings.

I tend to think of goals as “finish lines”. Crossing the line defines success and everything else falls short; or at least that was my thinking. My wife – my best friend and sage-in-residence has tried to set me straight on this misperception several times by reiterating that most goals don’t have defined end points, but are met through constant vigilance. She further pointed out that losing weight and then maintaining it in a healthy range is such an example of an ongoing challenge, for which there is no finish line.

So, how can I measure success when the goal is long-term and moving? By looking at how far I have come so far.

My journey may not have an end, but it did have a beginning, and based on where I started, I could see that I have indeed been successful, just as Dr. Scinta had suggested.

My Struggle with Obesity

By 2006, I was at the highest weight of my life. My primary physician told me I was 201 lbs above the normal weight range for a man of my height and frame. I was in my mid-40s, and he warned me that if I didn’t start losing weight immediately, I might not even make it to my 50th birthday (He was almost proved right). At the time, I didn’t know any better, but now looking back, I can see just how sick I was. I was slowly dying, and I didn’t even know it, even though several people were telling me. My body’s own weight was quietly killing me, and in the end, it nearly did.

My road to this point has been a long and meandering one. I have struggled with weight my entire adult life. After college graduation, my weight started to climb. By the time our first child was born in 1990, my BMI had risen into the ‘morbidly obese’ range. Our oldest just turned 23, and it pains me to admit that I have been morbidly obese every single day of our two children’s lives. They’ve never known their father as anything other than a fat man. I felt bad about it as they were growing up, because my ability to participate in physical activities with them, such as hiking, biking, or play ball, were severely limited by poor mobility and stress on my joints. By 2006, I had reached the highest weight of my life.

According to my regular doctor at the time, I was 201 lbs above the normal weight range for a man of my height and frame. I was in my mid-40s, and he warned me that if I didn’t start losing weight immediately, I might not even make it to my 50th birthday (He was almost proven right – more on that in a moment). At the time, I didn’t think I felt that bad, but now looking back, I can see just how sick I was. I was slowly dying, and I didn’t even know it, even though several people were telling me this to my face. My body’s own weight was quietly killing me, and in the end, it nearly did.

My day of reckoning came in the summer of 2010, when I nearly died from a pulmonary embolism, likely a product of my obesity.

I have tended to put the needs of others (family, friends, and co-workers) ahead of my own, thinking this noble. However, I came to realize that if didn’t take proper care of me, I wouldn’t be around for the people who count on me in their lives. In order to help others, you need to help yourself first. As I have gotten to know many of the people who come to group meetings, I find that to be a common theme – they put everybody and everything ahead of themselves, which is how they gained the weight in the first place.

I had to find a way to get this weight off, and soon!

I rejoined one of the major weight loss plans, which was good for the “customary” 30 lbs I lost every attempt, and no more. I was running out of options. Several people had been pushing me to get one of the surgeries. I knew those didn’t represent any kind of permanent solution for me. There had to be something else. It was right about then my brother-in-law told me about Dr. Scinta, and her approach to supervised medical weight loss.

After my first meeting with the staff, I knew I had found what I had been seeking.

I still have about 90 pounds left to lose, but the journey I have taken thus far has revealed much about me that even I didn’t know. I frequently refer to this voyage as my ‘personal renaissance’. My evolving appearance, along with several drops in clothing sizes present a very different image of me to those who know me.

However, there have been and continue to be a number of other changes that are equally profound. After eight years, I have said goodbye to blood pressure medication, as my BP has returned to normal, and continues to drop as I lose more weight. When I first started with the program, my blood work showed I was teetering on the edge of being borderline diabetic. 80 lbs later, my lab values have reverted to “cold normal”.

I have also experienced physiological transformations – my old hunger triggers and cravings for certain kinds of food (sweets being the worst) are mostly gone. Moreover, the very nature of food has been altered in my mind.

In the past, food was almost everything to me. It was my companion during loneliness, a panacea for my anguish, medication for my pain, my mother confessor when no one else was listening (in fairness, it would have helped if I had actually tried to talk to somebody).

Oddly enough, food is now mostly just…well, “food”. A very utilitarian and unromantic description, I know, but that was the idea from the beginning of this journey – to break the grip food had on my life. While premature to claim victory over food, it does holds less sway over me then it once did.

The OPTIFAST program is a highly effective tool, but I know that tools are only part of the total answer. They are helping me to lose the extra weight, but they cannot help me keep it off permanently. This is why many people’s initial weight loss successes do not last. To be ultimately successful, one must learn to change the underlying behaviors that lead to overeating in the first place. The changes I have made so far have been metamorphic.

I look forward to reaching my goal weight sometime in the coming year, at which time my real journey will truly begin.