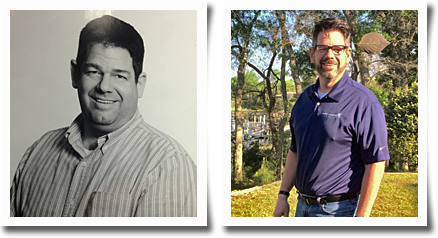 My name is Chris H, and thanks, in part, to Medical Weight Loss of New York, I will see my 49th birthday on Thursday. I am blessed with a wife of 21 years, Lynn; two smart and beautiful teenage daughters, Jenna and Theresa; a suburban house; two cars; and Simba and Maurice, a dog and cat that make my home complete. A stable career, a love to travel, my faith, a very close extended family and hobbies paint much of the rest of the picture for me. One such hobby is road cycling – not a sport where you are likely to see a large man keeping pace with those not even half my size. Let’s fast-forward to the end of the season in 2013, attempting to climb the steep hill on the road to Skyline Lodge at Highland Forest. I had to stop three times, gasping for my next breath, while several others waited for me at the top. I couldn’t get enough oxygen to continue. Something was seriously wrong.

My real wake-up call was on December 26, 2013. My 44-year-old operations manager dropped dead of a pulmonary embolism (a blockage of one of her arteries in her lungs) right in front of her teenage daughter. Both of us were married, with two kids, a suburban house, two cars, the faith, the loving, extended family, the stable (and more often than not – stressful) careers that all too often we put in front of ourselves and our health on our list of priorities. She’d be the first to admit she probably didn’t take care of herself the way she should have. She’d admit she probably didn’t choose the right foods to eat. She’d admit she probably didn’t take the time to listen to her body. Now the big difference is that she is gone. Not probably. Permanently.

I was 5’11” and 257 lbs. when I made the decision to see Dr. Scinta and the team at Medical Weight Loss of New York. My initial physical determined that I had over 60 lbs. of fat on my frame – dragging that around with me every day. Picture yourself holding a bag of flour at the grocery store. Now, picture trying to carry 12 of bags of flour to the checkout line without a cart! Dr. Scinta said that if I had waited to see her another two months, I would have been a full-blown Type 2 diabetic. I remember in January, 2014 when Dr. Scinta asked me what my ideal weight would be. I told her I would be “beyond thrilled” if I could hit 220 lbs. again.

I didn’t share with even closest friends, but started on the Opti-fast program for a couple of months and rapidly shed fat, water weight and built muscle with the higher protein/lower calories. After weaning gradually from of the full plan and onto part-plan/part-food, I learned to eat smaller meals on a schedule six times per day so my body was never hungry. I recognized how that practice fit into my busy schedule at work really well and that skipping meals was no longer an option. Sometimes an Opti-fast shake or snack bar still satisfies this need for a quick, on-the-go meal quite nicely. It’s important to state that this was the plan that was developed for me. There are other plans that involve “real food.”

Since January 2014, I have realized amazing, life-saving medical benefits! While under the care of Medical Weight Loss of New York, I have:

These benefits are not to say there have not been challenges.  It has not been easy.

Finally, here is the “before” picture and the “now” picture… I am so proud of this accomplishment! I refer to the “now” picture because I have not yet reached my new goal weight of 190 pounds. More importantly, I have a significantly reduced, but still “unhealthy” percentage of fat that I need to rid myself of.

Back to the bike – last season I began riding my bicycle to/from work when my schedule allowed. For the first time since I started riding again in 2003, I truly enjoyed being on a bike! I completed three 100 mile Century bike rides and mastered the hill on Route 11A behind the Burger King in Tully. Between Christmas and the New Year, I climbed a hill I had previously feared – Willowdale Road – between Skaneateles and Otisco Lakes. This helped me to become a stronger rider and log 2,000 miles in 2014! Yes, I was out riding on New Year’s Eve in my winter cycling gear to beat the deadline!